In a working-class neighborhood of San Francisco, Sylvie set up Ti Couz, her Breton creperie, in the early 1990s. Kitchen based on local products, self management, social rights for her employees… Sylvie shapes this place to make it a laboratory of her utopias in which visionary and iconoclastic ways of doing things are invented. Ti Couz quickly becomes much more than a simple restaurant.
Based on video archives shot by Sylvie for more than thirty years, Like Heroes tells the development and the fall of a utopian project, and draws, in an intimate and political narrative, the portrait of a free and independent woman.

A mountain forest, its slope and rocks. Bow in hand, an old hunter tracks the chamois in silence against the wind. Among his animal-populated memories, children explore a forest, build themselves a hut, play in the desire and fear of an encounter with the wild animal.

Beyond the generations, in the present of play and hunting, in the gushing of the animal, then comes the echo of a distant and ageless world, this buried place towards which the forest leads us. 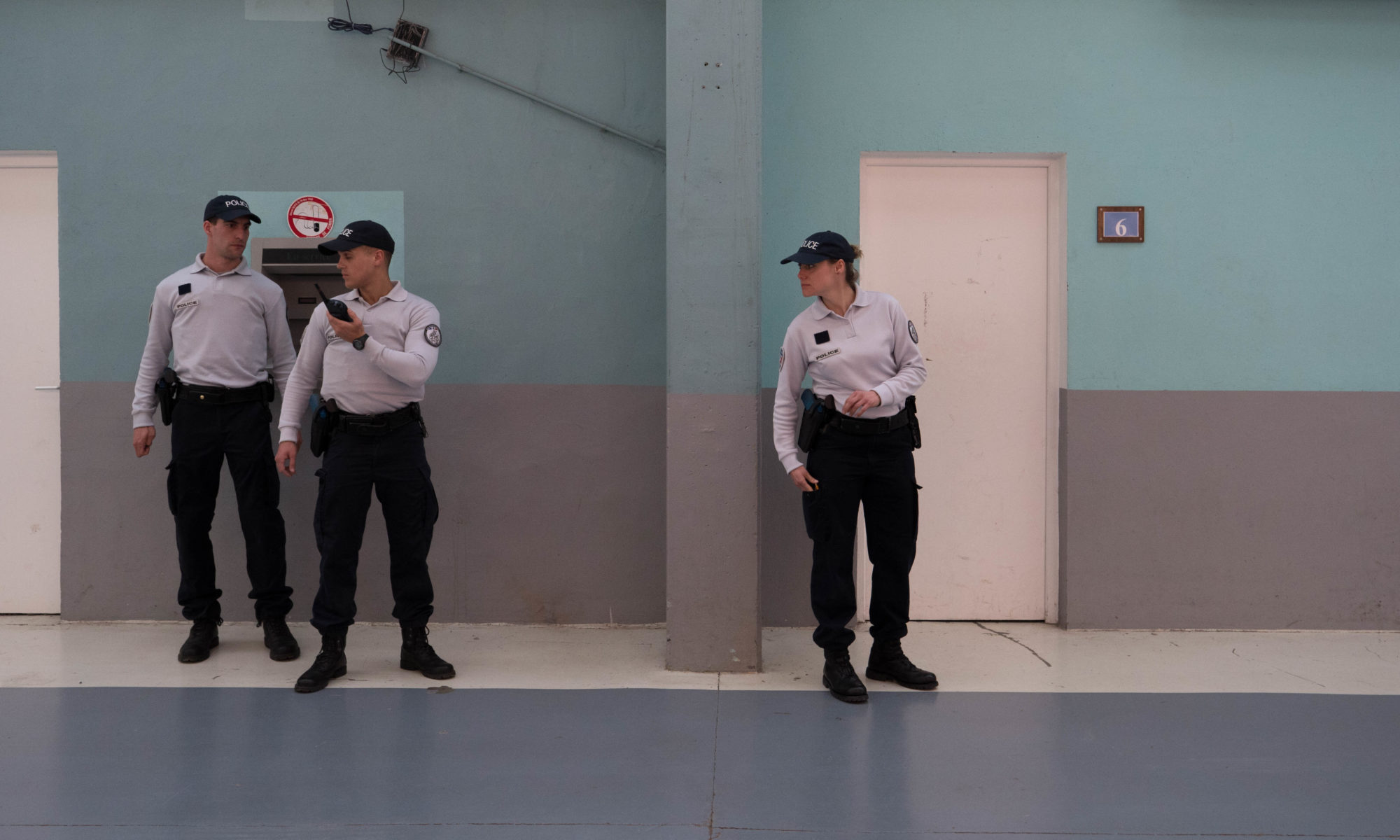 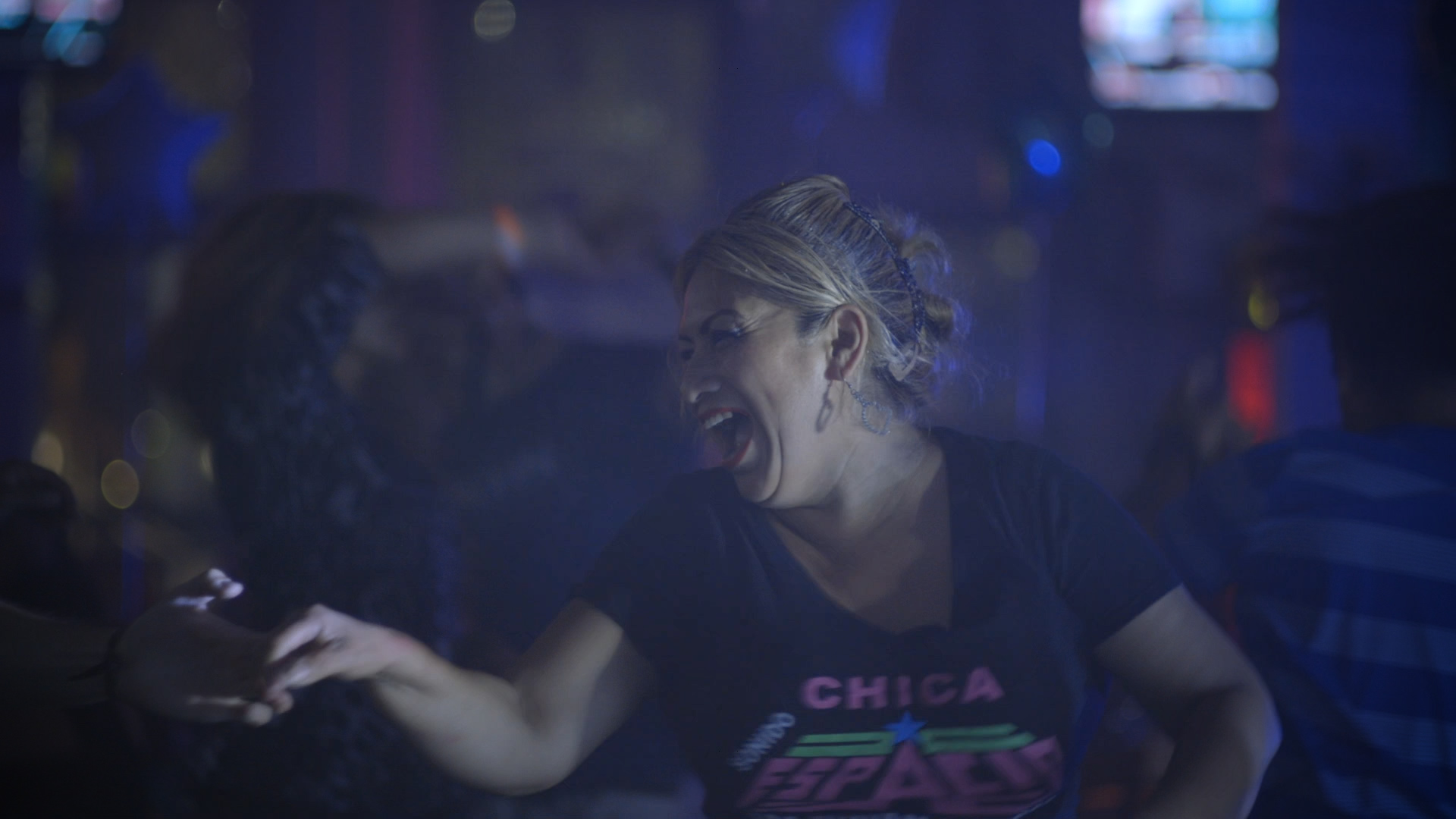 In the nightclubs of East Los Angeles, Elsa Miriam Escobar, an undocumented Mexican immigrant, metamorphoses herself into La Chica Espacio, DJ “sonidera”, the pope of an exuberant mass. In a smoky and stroboscopic atmosphere, her “saludos” (autographs thrown at the microphone and broadcast live on social networks) create a virtual space beyond the Mexican border where the links broken by exile are rekindled. Through the destiny of the Chica Espacio, the paradoxes of the Latin community in California are revealed, between fragility and hope.

With the participation of the CNC, the Provence-Alpes-Côte d’Azur Region and Procirep-Angoa. 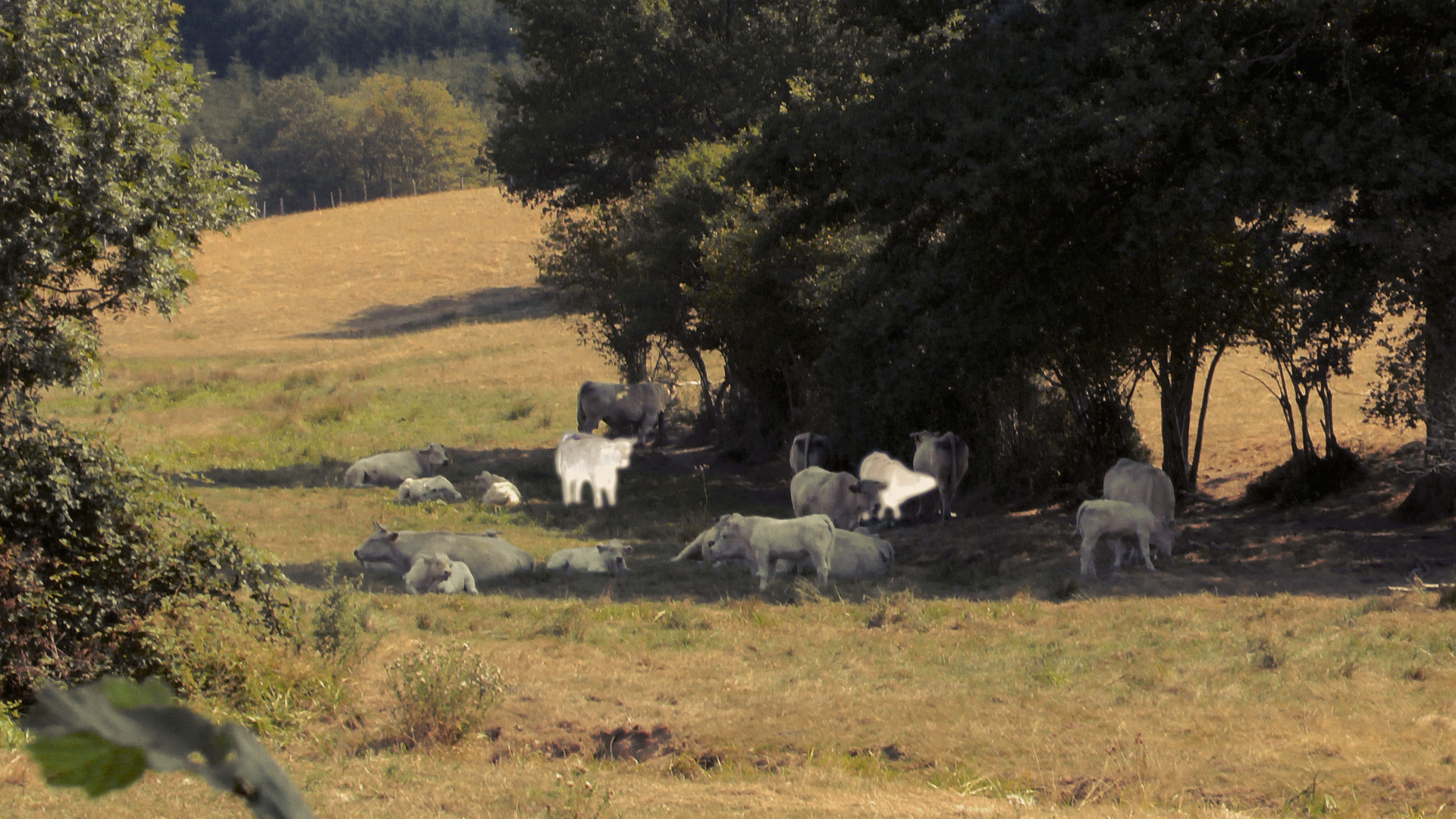 On May 20, 2017 in Saône-et-Loire, Jérôme Laronze, a cattle breeder on the run, was shot by policemens, after months of conflict with the health administration. Passed largely unnoticed, this dramatic news item raises questions at a time when agriculture is dying and human activity poses ever greater threats to all living things. Beyond a quest for truth and meaning, with this film, I would like to give visibility to this affair, and bring out the figure of Jérôme Laronze, a man who died from his opposition to the logics of agribusiness.

With the participation of the CNC and the Region Bourgogne-Franche Comté.
Brouillon d’un Rêve Grant (SCAM)
In partnership with Ciné Pause. 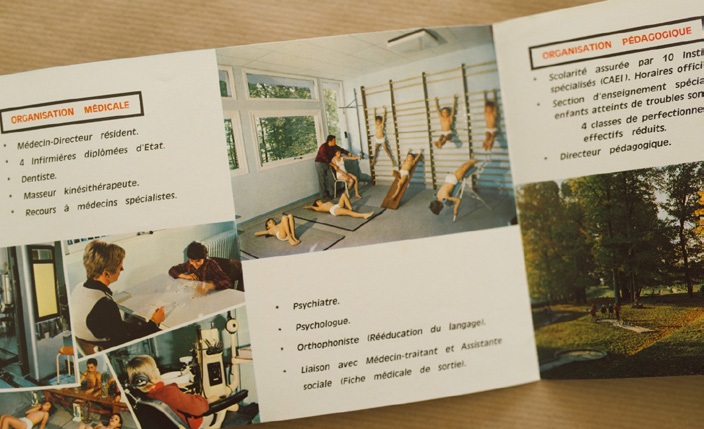 A retro-futuristic film by Alissone PERDRIX

Formerly an important health care center, equipped with impressive air conditioning for the treatment of tuberculosis, the Auvergne village of Job is becoming depopulated and its once flourishing shops and activities are disappearing. Like so many other small towns, Job is moping, stuck between a heritage in disinheritance and the latent desire to make things happen. Joviens and Joviennes (the inhabitants of Job) are reinvesting this past and present emblematic of rurality to dream of new ways of living, working and socializing. The vacancy of heritage is no longer a burden, but rather a fertile ground that the cinema is reenchanting.

In co-production with Carton Plein.
With the support of the Auvergne-Rhône-Alpes Region. 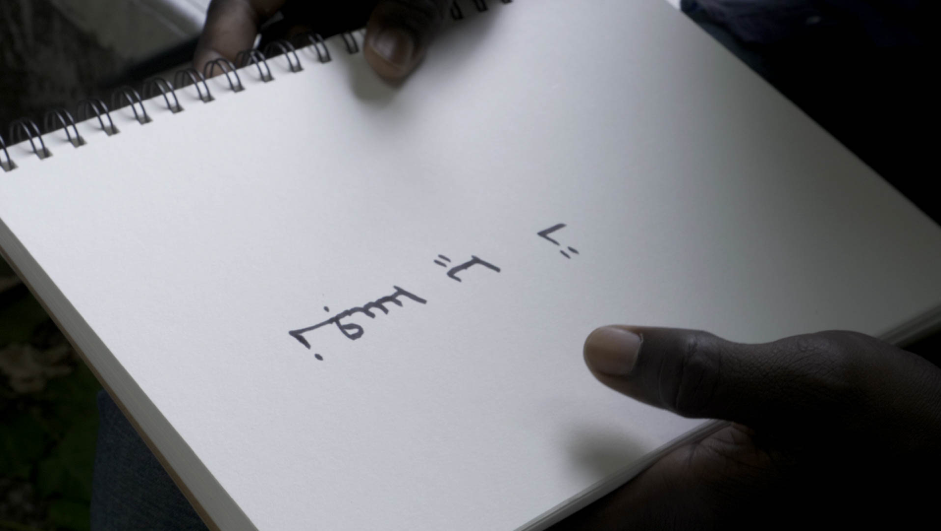 At a drop-in center in France, asylum seekers come for consultations with a mental health support team for vulnerable people.
They come to get their words out, to give voice to their sufferings, to evoke their nightmares and fears, sobbing, with cries of anger.
In between the world of the caregivers and the patients’ world, interpreters play the part of gatekeepers, trying to recreate strength and individuality through language. From session to session, the exiles seek to reclaim their own narrative and sketch out their reconstruction. 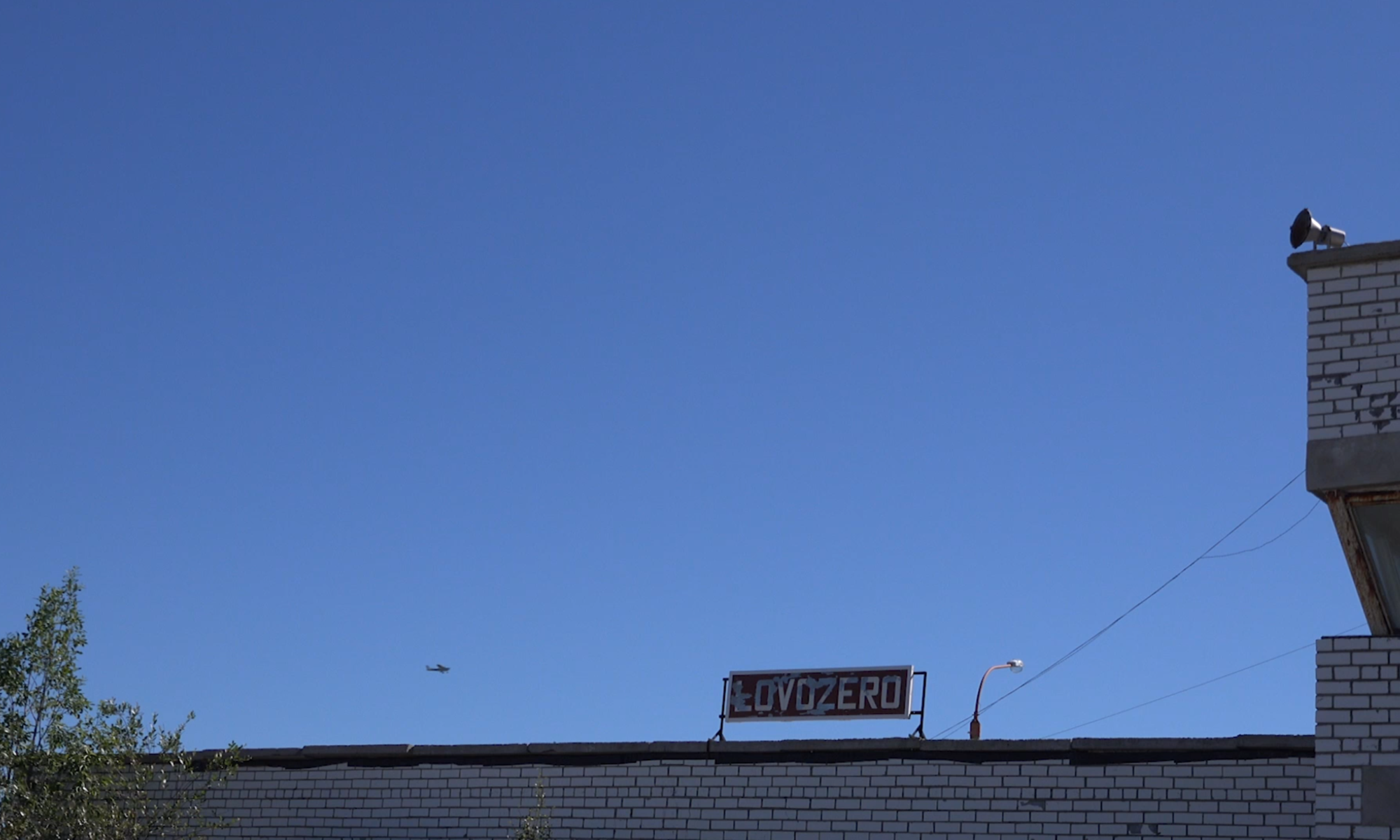 Every late spring marks the beginning of the forest fire season in the Murmansk Taiga. In their little air base, the Lovozero fire department awaits the big fire.

Somewhere in the Hautes-Alpes, a shepherd and his flock of sheep are climbing a mountain. Soon the flock settles on the desert plateau of Bure, at the foot of the giant parabolas of a radio astronomical observatory. The shepherd watches over his animals, the antennas slowly spread out towards the sky.

With the support of the Provence-Alpes-Côte d’Azur Region.

In recent years, the issue of periods has been making increasing noise in both the public and political spheres. In the Jura, Diane, a young winegrower, makes wine using natural methods. In the course of seasons and the transformation of the vines, voices rise from the earth and tell stories about menstruation. Diane’s face, her gestures and her body make us live the elaboration of her wine, step by step. Lunes Noires proposes to open up and deconstruct a number of images and superstitions that for a long time have devalued the menstrual flow. What remains of the beliefs surrounding menstruation, what are those of the present, and what stories do menstruation tell about our society today? 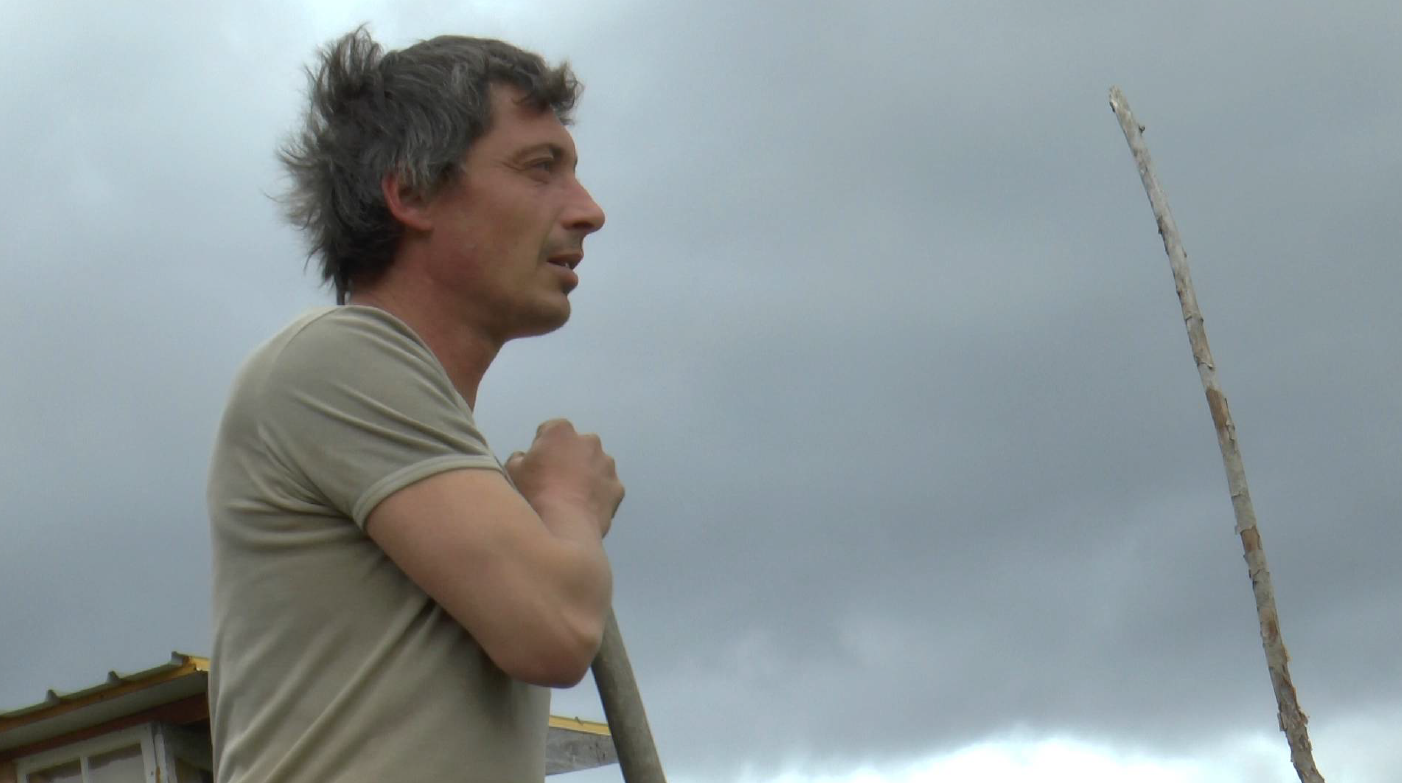 In this film I am interested in a close friend and his environment: Pierre-Jean, a 36-year-old carpenter living in the landlocked territory of the Haut-Allier’s gorges. With others, he lives in a caravan around an old industrial henhouse that they have converted into workshops and living quarters. This collective place that they call “the henhouse” has created meetings between people who have come to live in the area and those who are passing through. With this film, I hope that we will hear about physical geography, political choices, rural solitude, village life, ecology, but also love. 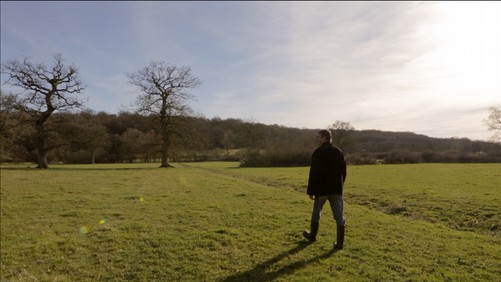 My father is one of the 37% of farmers who will retire over the next 3 years. Young buyers are becoming scarce and land is gradually coming into the hands of those who want to industrialize. In this farm in perpetual evolution, the stakes of its transmission are multiple. Is my father ready to leave his land? To whom to pass on, but also, how to pass on? Must he go through a transition period? At what price would he agree to give it up? For a year, through the seasons, this series questions the future of this farm considered as an exemplary model in the region, questions the place of convictions in the face of agricultural policies and the path of my father at a pivotal moment in his life until the sale of the farm.

From September 1973 to July 1974, nearly eight hundred people were granted asylum at the French Embassy in Chile. Ambassador Françoise de Menthon has never given up transmitting this story. One year after her death, her grandson Guillaume invited former Chilean refugees to Choisey’s family castle. It becomes the place of memory of an outstanding diplomacy action.

With the support of the Région Bourgogne-Franche-Comté 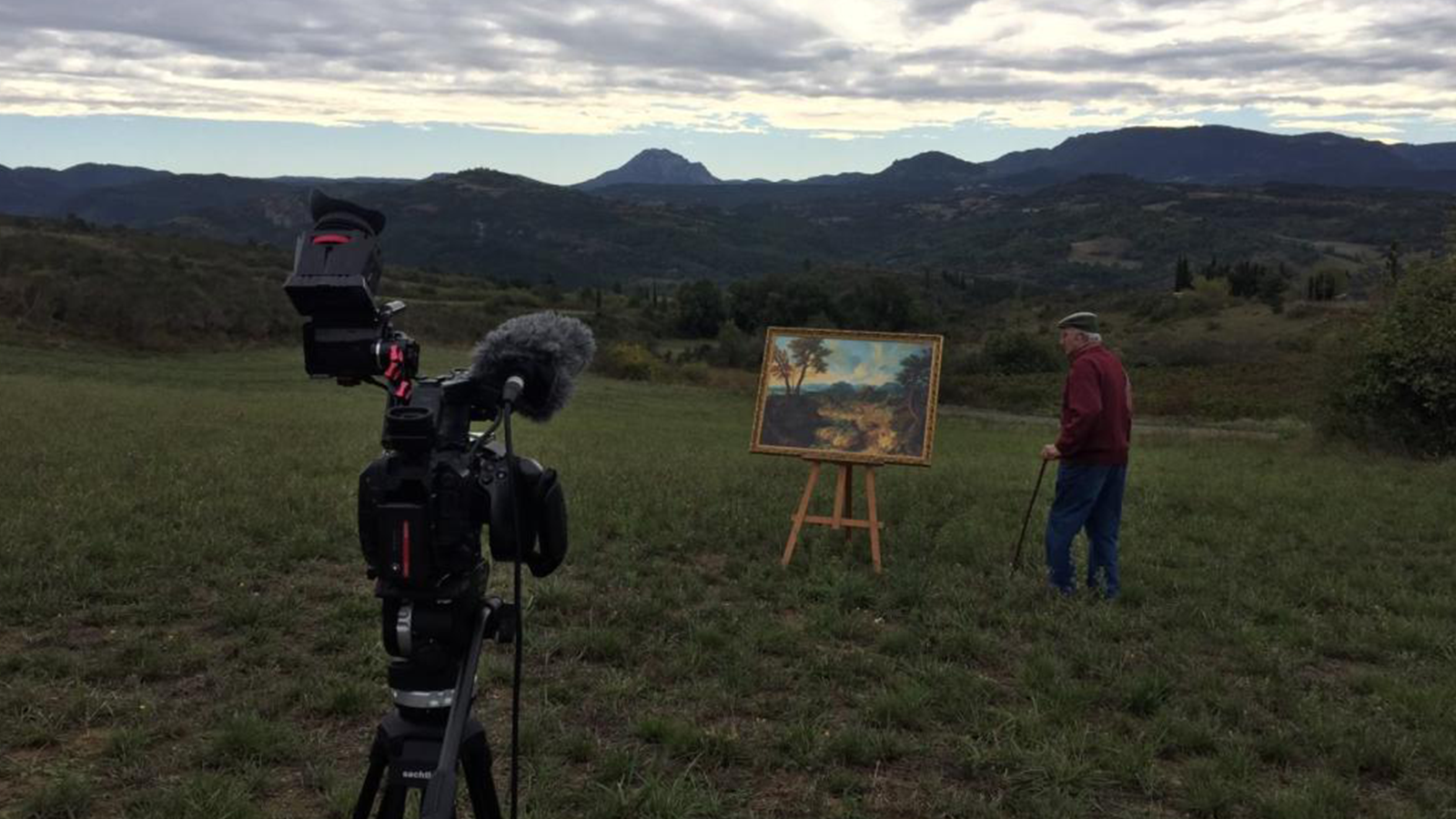 Robert has been struggling for 40 years to get recognition for a painting he attributes to Nicolas Poussin. To find the painter’s point of view, he travelled the seven hills of Rome accompanied by his son Serge who was then 18 years old. Serge is now a recognized art restorer and doubts the origin of the painting after having supported his father for a long time. In his office in Avignon, surrounded by books, files and paintings, Robert tells me the story of his quest with an extraordinary sense of emphasis and anecdote. Through his stories, I plunge into the canvas and discover the vertigo of an endless study, where the quest for fatherhood and recognition are intertwined. 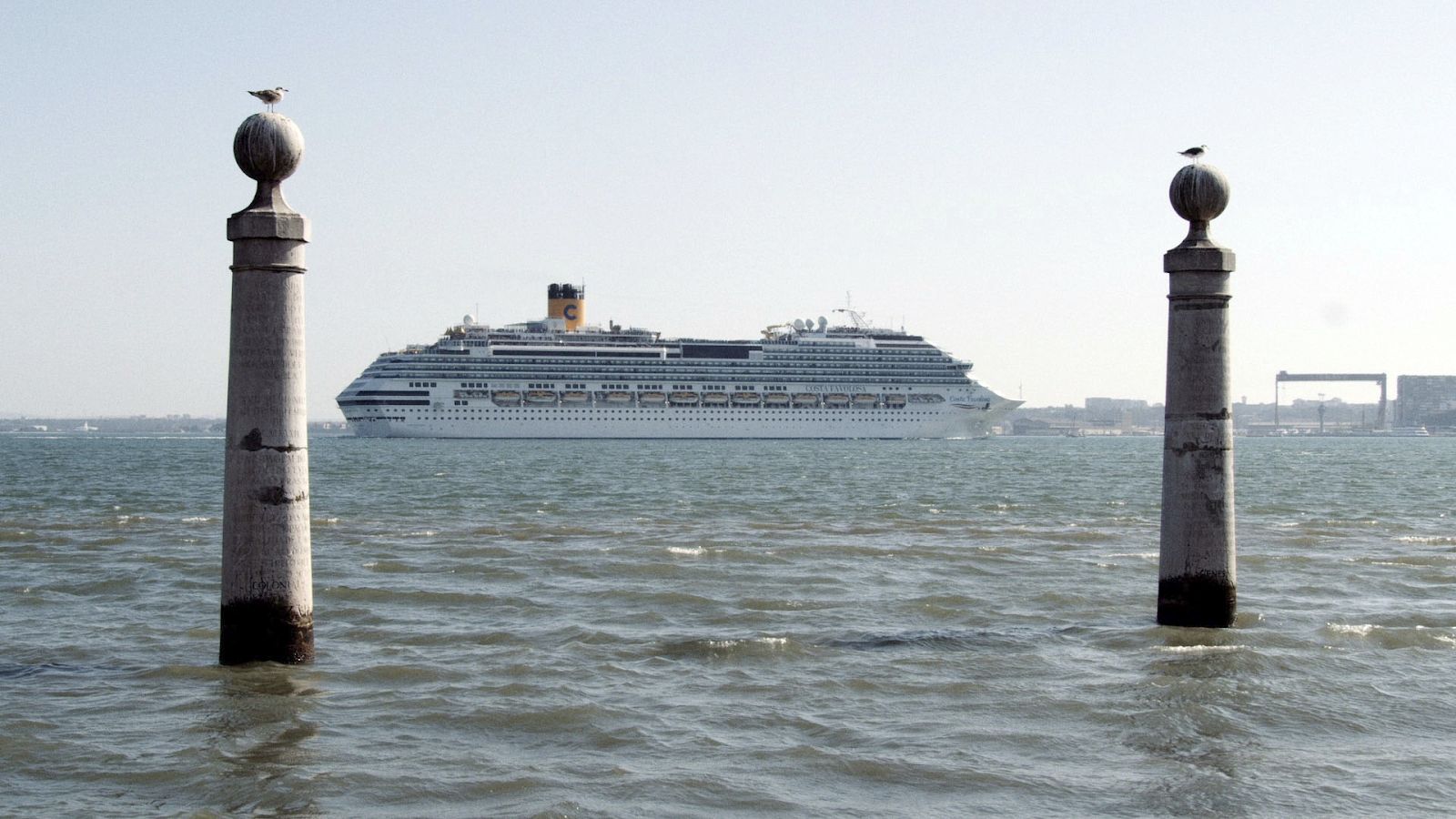